How Was It Taken Series - Episode 2

- November 25, 2017
In this episode, let's look at a wildlife picture - a coyote hunting alone in a snow storm at the Yosemite National Park. 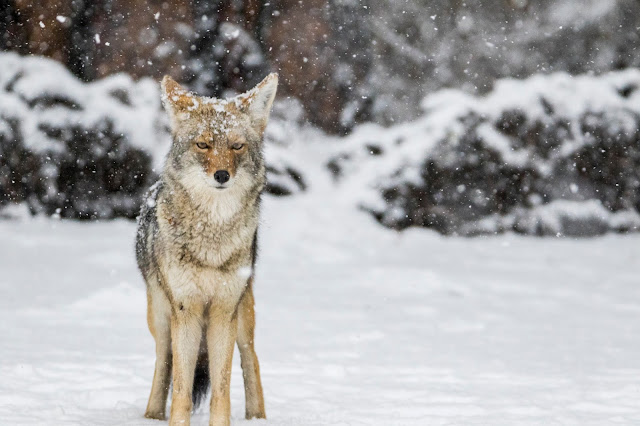 Time: We spent the Christmas holiday in the Yosemite National Park in 2015. We were driving along the main loop drive (Northside Dr and Southside Dr) with snow chains installed, and spotted this coyote hunting around the area. It was a snowy day as you can see from the picture, but it is the snowflakes that really conveys the conditions in which those wild animals have to survive.

Technique: To see the equipment we use to take wildlife photos, please check this article. The photo was taken hand-held with image stabilizer on, using the settings of 300 mm, 1/500s and 1600 ISO. Given that we had to use 300 mm on a APS-C camera, and the light was not abundant due to heavy snow, we had to bump up the ISO to 1600 unfortunately. The added noise is still acceptable though. Using 1/500s shutter speed also helped to freeze the motion of snowfalls on the back of this coyote.

Popular posts from this blog 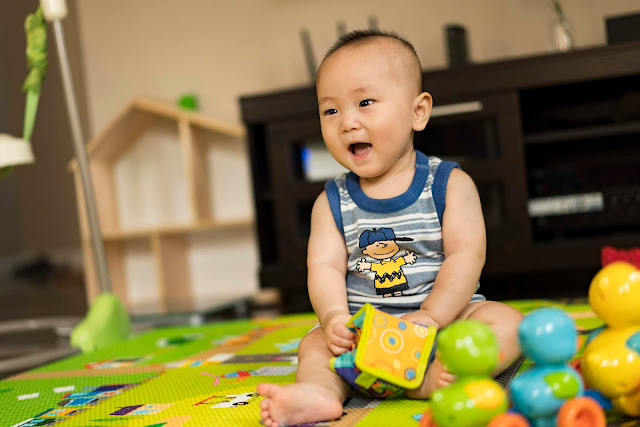 So I finally ditched Canon after using it since high school and switched to Sony Mirrorless - Sony A7R III! Despite that Sony doesn't have a large collection of lens to choose from like Canon or Nikon, but it has all the lens for my photography needs. I'm extremely satisfied with A7R III and 55mm F1.8 Sonnar T FE ZA (at least so far). The large aperture provided by this light lens is excellent for indoor portrait photography. Below are some pictures I took for my 8 month old baby. The face auto-focus is a game changer, especially when the depth of field is very narrow when lens are wide open!

How Was It Taken Series - Episode 1 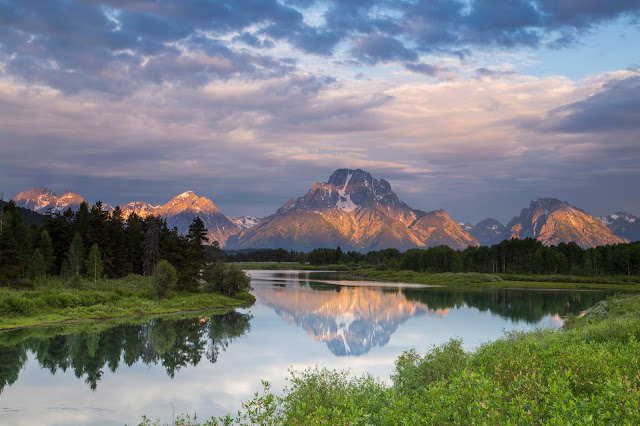 In the How Was It Taken Series, we will discuss how a particular photo was taken. We will talk about the time when the photo was taken, the location where it was taken, the techniques, and post-processing. We hope you would enjoy reading this series. All comments and suggestions are welcome!
In this first episode, let's look at a photo taken at the Oxbow Bend in the Grand Teton National Park.

Location: Oxbow Bend Turnout is easily accessible by car. There is a small parking lot off highway 191. Hike to the location where this photo was take from the parking lot is negligible. The location is extremely scenic, as you can see mountains (with snow even in July), lake, trees, and grasslands. No wonder this is extremely popular among all visitors to the park.
Time: The photo was taken during sunrise when the sun lighted up Mt. Moran. If you also plan to take photos at sunrise time, get there early. You can also shot the scene after sunset when twilight appears.